Posting the same content across different social media platforms is known as “Cross-posting”. This is a strategy that is practiced by most businesses.

Cross-posting can be done manually or with certain social media tools.

While this system of social media content creation is practiced by a lot of people, there are some downsides to it. However, a lot of social media managers do not care about the disadvantages of cross-posting.

I completely understand a lot of people cross-post to save time since it’s an easier approach. Some even stick to using tools for this practice to speed up the cross-posting process.

Personally, I wouldn’t recommend cross-posting as a content creation strategy for social media. It is another thing that makes me stabby in Social Media Land: Cross-posting between Twitter and Facebook.

I don’t mean just for businesses, regular accounts and fan/business pages are included. 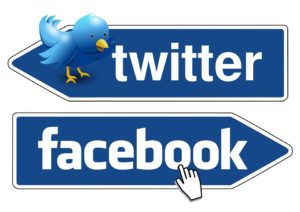 Would you put 22-inch rims on a Mini Cooper? No? Why not? Oh, right. Because they don’t fit!

The same goes for posts on both Twitter and Facebook. You get 140 characters on Twitter to say your piece. Yes, you can shorten links to pack more punch into your tweets. That’s pretty much it, though.

Twitter is for information sharing and engagement one-on-one. You don’t get the thread you get on Facebook.

She’d wonder what the heck she missed and start doing it for everything. She really would. And it wouldn’t make sense. Neither does your Twitter feed being posted on Facebook.

Do all your fans/friends know what #FBLT is? How about #FF and the other abbreviated hashtags? No, they don’t, so don’t alienate them.

3. It is Just a Lazy Practice.

Since content on Facebook and Twitter needs to be different, take a few moments to bounce back from one to the other. Really, it only takes a few moments.

4. It Could Appear Irritating.

Seeing people cross-post makes me stabby and drives those of us who actually know what we’re doing BONKERS. By bonkers, I mean that I picture myself as one of those superballs that you bounce on the floor and it hits the ceiling and everything else in the room. That’s how cross-posting makes me feel.

5. It Could Reduce Engagement.

If you want people to engage on your Facebook page, why would you post something that doesn’t encourage it? Your #FBLT and #FF tweets do not encourage your customers or friends to converse.

It’s word vomit that clogs up your feed and pushes great content lower and lower on your page and then nobody will see it. So what’s the point?