Good knowledge on how to view comments on Twitter can help you drive more engagement on your tweets, and thus help to grow your followers on Twitter with improved earnings for your brand and business.

As we all know, Twitter is one of the most open social networking platforms out there on the internet. You can technically chat with anyone in real-time without being real friends with that person.

Though being an amazing social media platform, Twitter’s functionality is not always as easy to understand. Many Twitter users usually complain of getting confused when it comes to finding replies to their tweet(s) on the network. And today, you’re going to learn how to view comments on Twitter, quick and easy…

Twitter is a platform for everyone – marketers, product owners, and vendors, freelancers, gossip friends, visionaries, and others. No matter whatever is your occupation or what you do in life, there’s a space for you on Twitter.

The network is so unique and stands out in so many ways, even publishing a mere post on the platform has its own unique name – a tweet.

Tweeting on Twitter is a really good way and practical way of:

And in turn, commenting on Twitter is a really good and practical way to:

Commenting on Twitter can also help you to get both positive and negative feedback on your products and services delivered to better improve your deliverables.

The above can be broken down step-by-step thus:

#1: How to View Comments on Twitter on an Android Phone

To view comments and likes on a particular tweet on your Android device involves just 3 simple steps. Sometimes, you may even find out that some comments have their own reply thread which you can also find out too.

Step #1: Open the Twitter app: Twitter’s mobile app looks something like a white bird on a blue background. You can see it on your phone or tablet device’s home screen or with the app drawer feature… Or by just simply searching for it.

Step #2: Choose the tweet which you want to view its comments: Now, navigate to the particular tweet you want to see its comments, you can find tweets on your feeds or on a specific profile page. You can view the entire tweet by simply tapping or clicking on it.

On doing this, the tweet would open up its own page with its respective comments and replies. If someone probably replied to a reply, tap or click on view more to see the other replies.

#2: How to view comments on Twitter on an iOS device?

There is actually not much difference between Twitter’s user interface on Android and iOS devices. Thus, the process to view comments doesn’t differ much.

Step #1: Open the Twitter app: Locate the Twitter app on your phone and open it. The app looks something like a white bird on a blue background. You can find it on your iOS home screen or app drawer.

Step 3: View comment(s): By simply clicking or tapping on the tweet of your choice, you will open up the tweet on its own page where you can see all its comments and replies.

#3: How to View Comments on Twitter on a Windows System?

Seeing replies on a computer is very much like that of the process on a mobile platform. There is a Twitter application for Windows but Twitter is better off using your web browser on a computer (PC).

Step #1: Open Twitter on your system web browser or app: Now, this can be done using either Chrome, Safari, Mozilla Firefox, Internet Explorer, etc., and then visit the Twitter website.

Step #2: Choose the tweet which you want to view its comments: Once logged in, navigate and find the tweet you are trying to see for comments. These tweets can be found on the feeds or on a specific profile page.

Step 3: View comment(s): Click anywhere on the text or on the body of the tweet to see comments. The replies would open on the same tab.

You can either download the Twitter app on the store or use your web browser, either way, whichever is easily assessable to you is very much okay and would work accordingly with the above-listed steps.

#4: How to view comments on Twitter on a Mac

There is also a Twitter application available for macOS users, but using a web browser is better off for using Twitter on a PC. Note that both the web browser and the application interface do have the same controls and functions, so there are not many differences when using them. 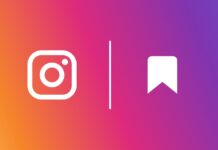 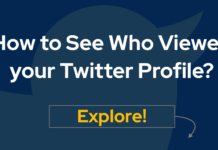 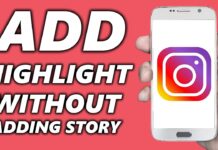