There are several social media mistakes I see a lot of people make; most especially on Twitter.

I see a lot of people jumping on the social media bandwagon. They think that if they just tweet stuff about their company or post about what they can do on Twitter or Facebook, that they’re good at social media. Wrong!

When I get a new Twitter follower, the first thing I do is check the profile. I don’t automatically follow back, no matter who it is.

If they don’t have something interesting to say, or if they don’t engage with people, I won’t follow back. 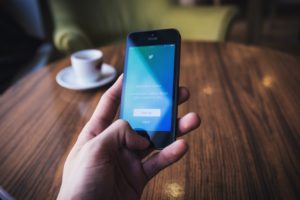 One of the worst things I see on Twitter accounts is incessantly talking about what you do.

“Need your pool cleaned? We can do that!”

“Looking for a new car? We can help!”

“Ready to buy? We have great real estate agents at your service!”

But I don’t see them jumping in on conversations. They are just blurting out what they do.

This is one social media mistake that needs to stop.

Imagine this: You’re at a networking function. There are groups of people scattered around the room. You sidle up and start listening and then engaging in the conversation. Then there’s that one jerk who just talks about themself. (It’s usually a real estate agent, by the way. Hahaha).

They haven’t gotten involved in the conversation at ALL, yet they think they are important enough to just blurt out what they do.

Twitter is a conversation. If you want it to work for you, you need to be a person. You have to make “friends” in order for your account to work for business. Simply talking about what you do, maybe thanking for a RT occasionally is NOT the way to do it. It makes you look self-absorbed.

The best accounts out there are run by the people who “get” social media, especially Twitter. The ones who rarely talk about what they do and rarely just tweet their services.

When I first started to tweet for the companies I work for, I was lucky enough to converse on Twitter with other companies in the same industry. It turns out that these accounts were also run by women who knew what they were doing in social media.

We have a group on Facebook, which we call the “break room,” where we can share new ideas in social media and vent about those terrible accounts. Social media, especially Twitter, evolves on a weekly basis.

Things like #FollowFriday are a thing of the past. #FBLT has exploded but now it’s being done incorrectly.

That’s the way it’s supposed to be. That’s the way I do it and I get messages on a weekly basis, asking if we can come out to give an estimate or if we have a branch in Hawaii.

HAWAII! No, we don’t have a branch there, but it just goes to show that by being SOCIAL in Social Media Land, you’ll go farther than just blurting about what you do.

Here is an overview of some social media mistakes you should stop today.